Modern technology and a cowboy meet for the first time in the form of the iPad and Bo Hopkins. Not bad for his first time, don't you think?

Bo at the WestFest and Rodeo in Palm Springs, California during the Fast Draw Shoot Contest - along with Rob Word.

Bo discusses meeting Henry Winkler for the first time. The Fonz character was based on Bo's character Joe in American Graffiti.

Here’s one of Bo’s acting photos taken after he’d already started establishing himself in the entertainment business. His credits up to this point had included appearing on Wild Wild West, The Guns of Will Sonnett, The Virginian, Gunsmoke, The Andy Griffith Show, The Danny Thomas Hour, Judd for the Defense, Rat Patrol and The Pruitts of Southhampton. He’d also shot a pilot for CBS called Belair Patrol. 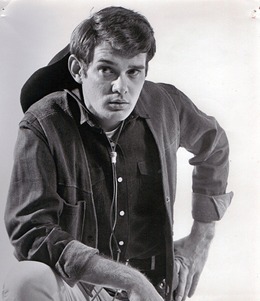 Have you met Bo at an autograph signing? Send photos to Bo's webmaster for a chance to have them featured here on the website.